The dust of frenzied gift making has settled and I finally have time to share what I have been doing with my bits and pieces of free time. Part of my time managment problem is that I have a really bad habit of working on, Oh I don't know, 3-7 different project going on at the same time. Having so many projects on needles and in the "to sew" pile leaves little time to think about writing. I also find it incredible hard to put down the hand on creative stuff and blog, although I'm not sure why since I waste a very good portion of my time messing about on the Internet.

On to the the knitting...

My list of gifts  I wanted to make for people for Christmas was a long one, longest in history. Some got done and some didn't even get started *sigh* The first item I absolutely had to make was one of the only two things my little guy asked for: a grey snake. I looked high and low for such a thing out there in the world and apparently there is no such thing in the stuffed animal kingdom. Black, blue, green and even pink but no grey.

I set to knitting choosing the curly snake pattern out of Itty-Bitty Toys. I needed this snake to be a slight bit bigger and fast so I used Cascade Eco which is a bulky yarn. I followed the pattern as written and came up with this! 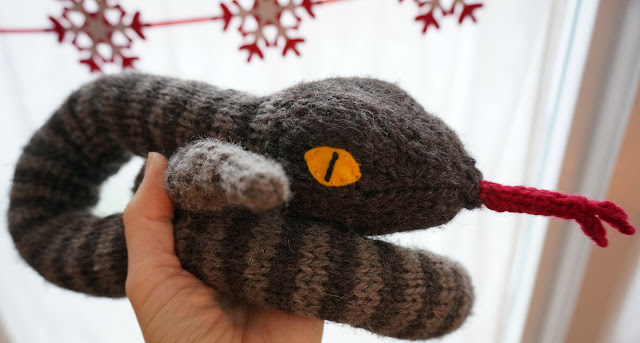 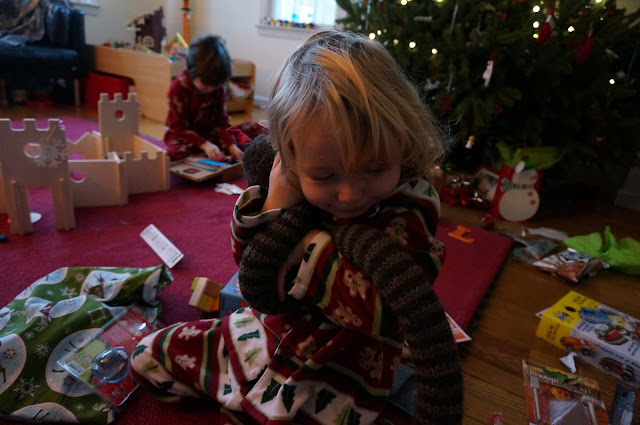 I couldn't be happier even if he thinks it came from Santa no matter how much I tell him otherwise. He finally came up with the compromise that I made it but Santa brought it. 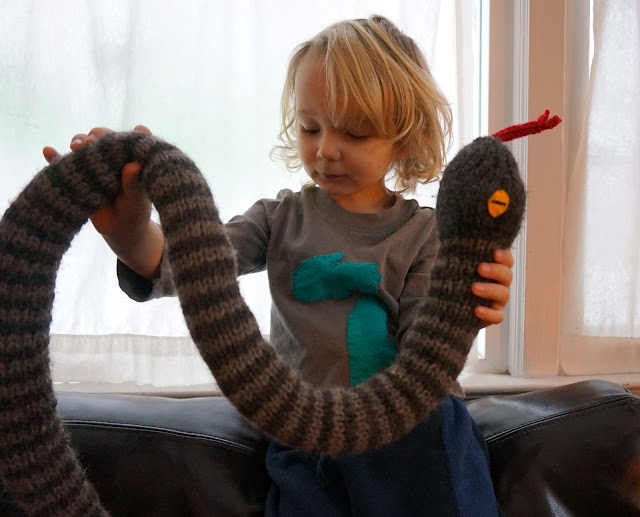 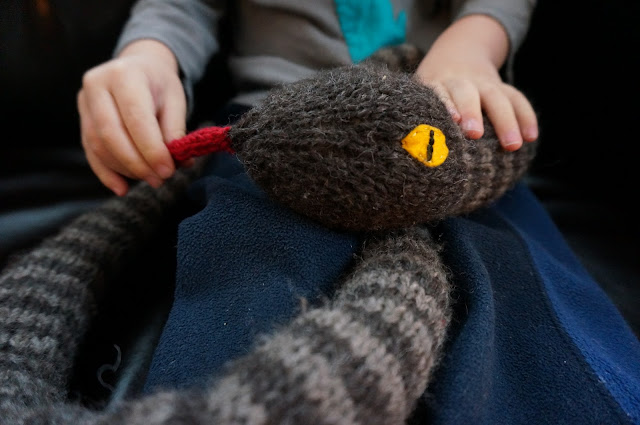 Posted by Kookababy at 8:57 AM No comments: Links to this post

Stores I love for crafty stuff!

What's This All About?

Please do not reproduce images or content from this site without permission. Thank You!
Giedra Bowser