Oh, wait...maybe not.
Even though it's not quite as warm as it has been I think I've missed the weather boat with this one. 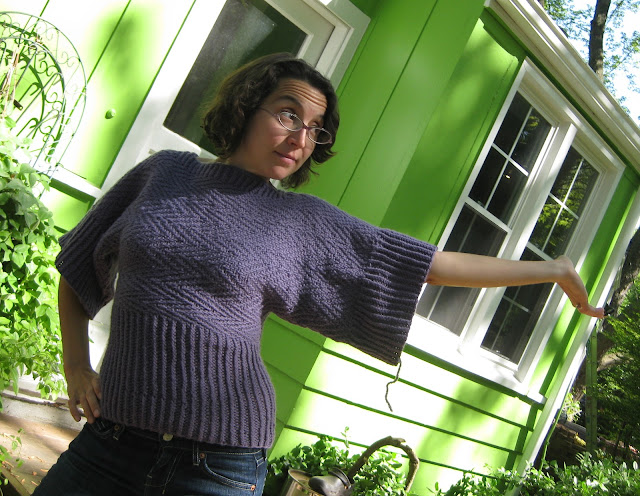 I actually started this sweater waaay back in September thinking I'd knock it out in a month or two, it being all nearly seamless and semi-bulky.

Well, me being me, I made some modifications. In my mind they were going to be totally minor and not at all a big deal.

WRONG! I forgot that converting a pattern from flat to in the round can sometimes be tricky. So tricky that even after you figure it all out it messes with the way the rest of the pattern goes too and then you have to figure that part out as well. So I put this sweater down in favor of many, many, many other things.

After much procrastination I made myself finish this project in hopes I'd wear it while we were on vacation, but the weather was just too warm. 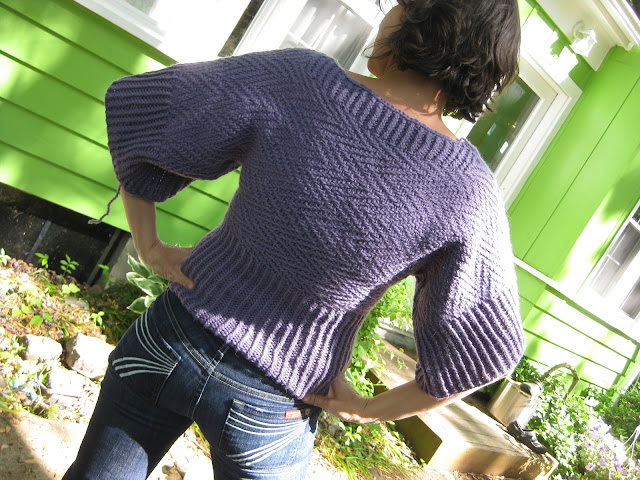 I put it on today for the first time to take pictures and will probably not wear it again until the fall.

The Low Down;
Pattern: August Pullover by Veera Valimaki
Yarn: Cascade Eco + in Amethyst Heather
Modifications: OK, here we go
I really wanted the sleeves a bit less wide which other people of done by knitting a few more rounds of the twisted rib before separating for the sleeves front and back. Easy. Not for me because I didn't really like the look of having more ribbing, so I set out to knit the twisted rib as written then change to  herringbone pattern in the round  until I got to the point I wanted. Piece of cake??? NO, no and no. 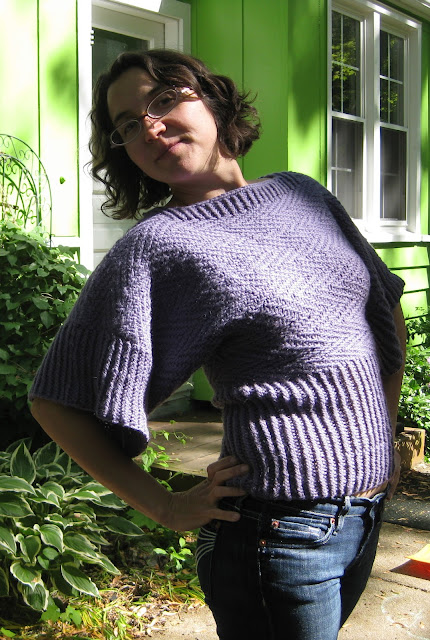 After trying very hard to wrap my brain around converting a pattern from flat to in the round I went in search of someone who had already done it. I searched and searched and finally found a lovely pattern by Lauren Osborn called Herringbone Cowl. Thankfully she had figured it out and even charted it. So all is good right? 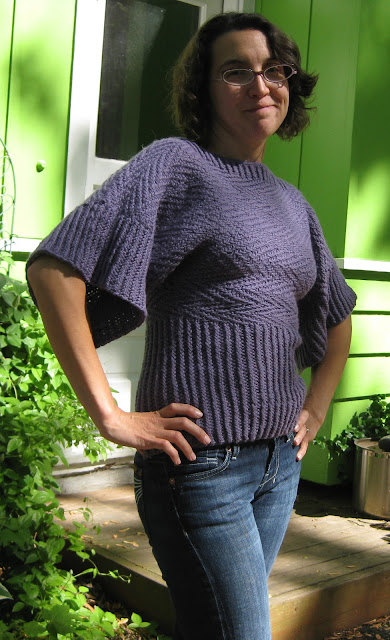 The herringbone patterns are just ever so slightly different and I had to figure out how. I thought I did but then after knitting 18 rounds figured out I figured out an 18 row repeat instead of a 20 row one. I went with it because I thought it was minor, NOPE. 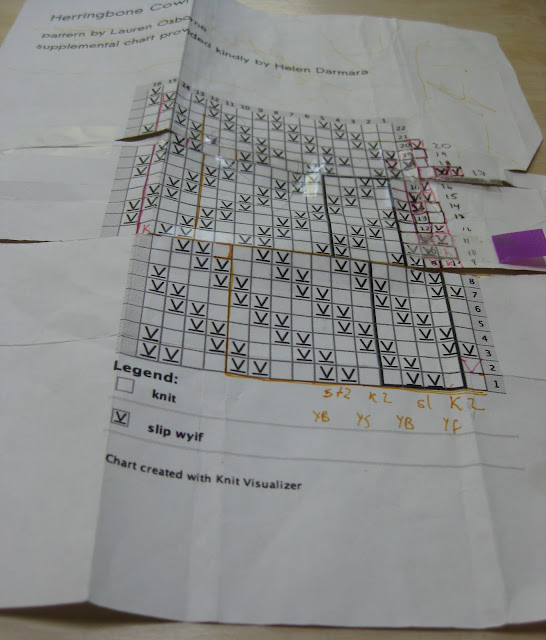 I used an ancient method of cutting a pasting paper to rework the chart.

OK it wasn't THAT big a deal. I only had to figure out how it changed the sleeve count,the neck shaping and how you cast on for the back of the sweater, no biggie.


So you can see why it took me so long. Ton's of stopping,starting and brain wracking. Now that it's done I'm not even sure it's something I will really wear. Oh well...Le Sigh. 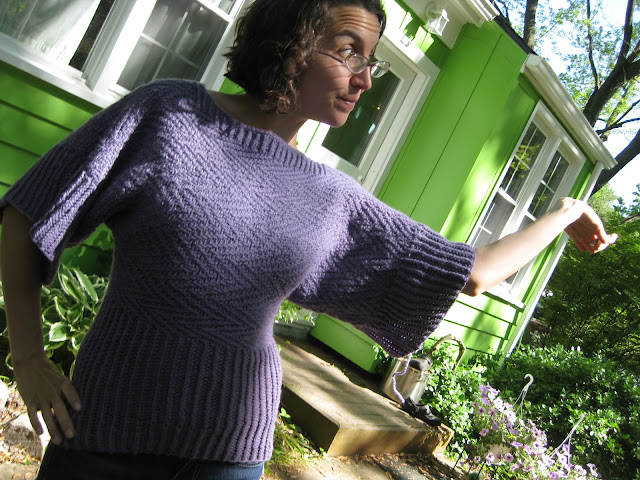 Posted by Kookababy at 2:11 PM 3 comments: Links to this post

Almost everyday we go for a walk and are lucky enough to live by a paved path that does a nice loop around a river and over a dam. Along the walk are parks, crew boathouse, and a little pond teaming with frogs and turtles.

The other day we set out with nets in hand to catch frogs. On the way we got caught in a rainstorm that passed just as we pulled up to the pond (so no pics of our adventure). A bit soggy we got right to work and I caught two frogs. Both boys loved it. After that the frogs got wise and I set about randomly swooping the net though the water. Much to my surprise I got a huge tadpole. I have never ever seen one in real life. It was the size of a small lime with a fishy looking tail and frog eyes.

Why am I telling you all this? Well when we got home Loki asked him I could please knit him a "tagpole". So I did. 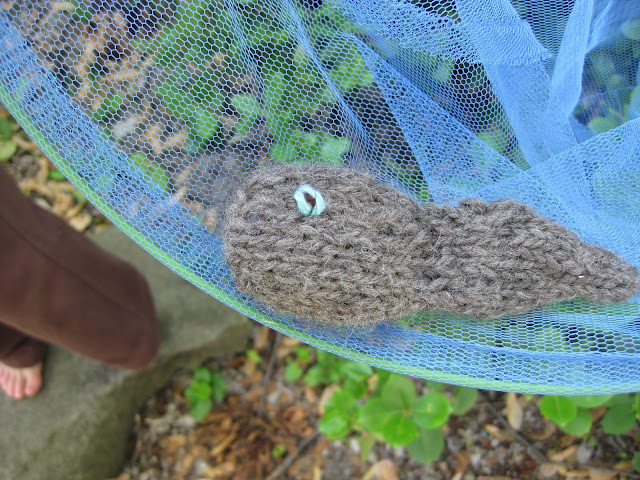 Thank goodness for scrap yarn!
Posted by Kookababy at 3:21 PM No comments: Links to this post

Stores I love for crafty stuff!

What's This All About?

Please do not reproduce images or content from this site without permission. Thank You!
Giedra Bowser